Welcome to Lockport Golf and Recreation 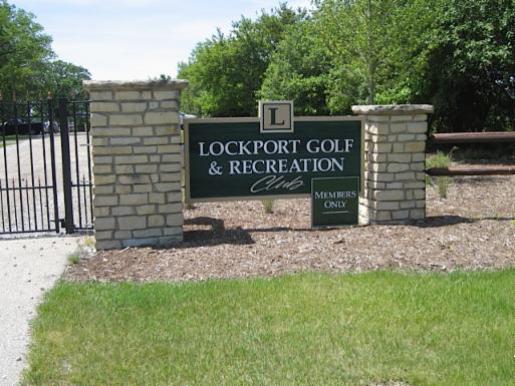 The Lockport Golf Club is a private, 9-hole golf course situated on the bluffs overlooking the I&M Canal Corridor. Located in Lockport, Illinois, on High Road, between Archer Avenue and 135th Street, it is the home course for over 750 golfers of all ages and abilities. The course is over 60 years in the making and is continually being improved.

During the 1940’s and 1950’s, The Texaco Refinery sponsored a “Victory Garden” program in the area now known as the driving range. Water lines were established for the project and a pump was installed adjacent to one of the creeks passing through the refinery.

In the later stages of the program, a group of employees initiated a plan to develop a small nine-hole golf course south of the area devoted to the gardens. With a water supply available, and lots of hard work, the course was laid out and proceeded to develop until about 1960. During this period, Texaco furnished some of the manpower and equipment to cut grass and perform other functions.

About 1960, most of the assistance from Texaco was terminated, so a group of employees decided to organize, charter and prepare a set of By-laws for the golf course. The land was leased from Texaco at a very nominal cost.

Directors and members of the club continued to perform services and operate the club with a limited budget. Guest fees and memberships were increased in order to make improvements. In 1969, an automatic watering system was installed for the greens and tees. In April of 1978, a young Lockport man by the name of Scott Pieper was hired to work on the grounds crew. In May of the following year, Scott was promoted to the position of Course Superintendent. The course today stands as a tribute to all the efforts he has given to the club in the past years and still does today. 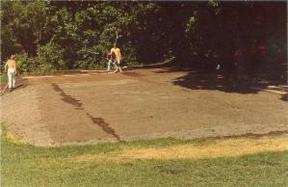 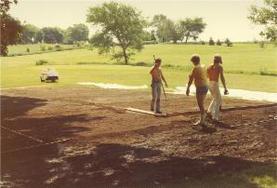 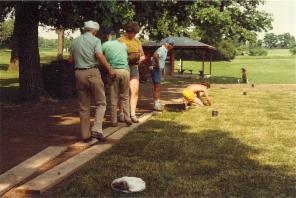 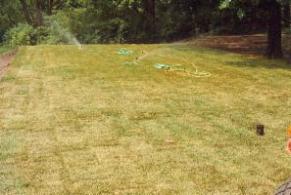 In 1983, when Texaco ceased operation of the Lockport Refinery, the golf course was purchased by 350 members. In 1989, through a special assessment, watered fairways were added to the course. The number of memberships was also increased to the current 450 to help meet maintenance and improvement expenses.

Over the past 20-plus years, many improvements have been made to the course. A Bio-ject system was installed to help maintain the tees, fairways and greens. Improvements were made to the maintenance and registration buildings. A blacktop walkway was installed from the registration area to the first tee. A cart storage facility has been added. A new hole was added to the course and then two consecutive par-3’s were combined into one hole to again make the course a more challenging. Many additional tee boxes have been added and more are in the pipeline. A new entryway and gate was installed, as well as a picnic patio near the first tee. New 5-foot high, granite hole markers continue to be installed at each of the tee boxes.

The membership of the Lockport Golf Club takes tremendous pride in this golf gem. To obtain information regarding membership, you may reach us at  lockportgolf@lockportgolf.com